The Helios RS is Swing's latest lightweight offering to the market and is a completely different design to all the other wings in their portfolio. Complete with RAST, this wing is a low end C, lightweight, low pack volume with beautiful responsive handling, and is a wing for pretty much all occasions except full on racing. A real pleasure to fly, the Helios will put a smile on your face. 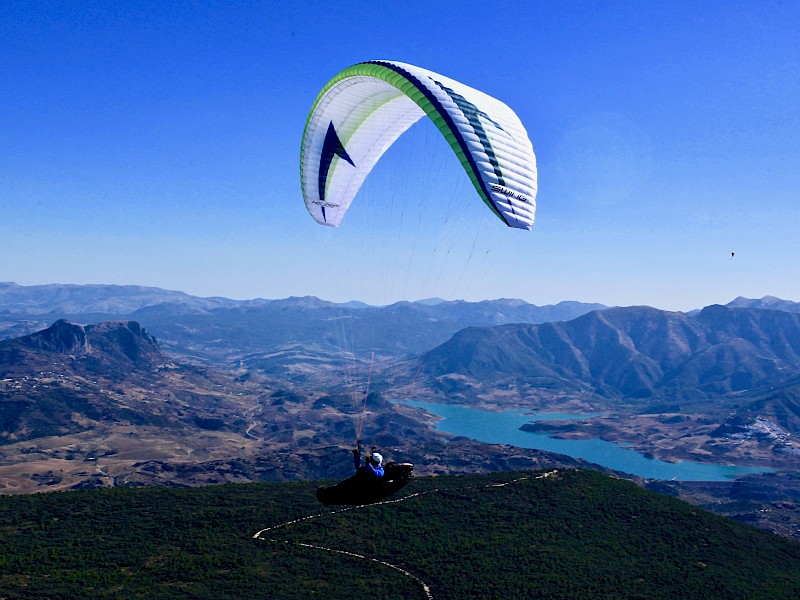 There is something delightful about flying a floaty wing, especially when you are surrounded by vultures at 6500ft. 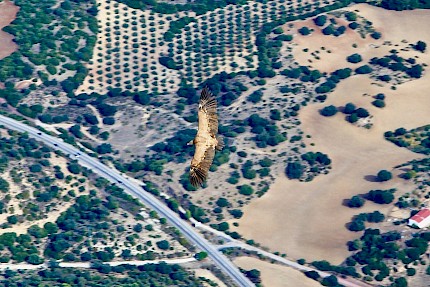 There is time to take in your surroundings, plan your next move and simply revel in the beauty of flying. Having launched from Lijar's Southerly take off in a NW and bombed to within 100m of the landing field, I had climbed out in a lee side to my current position alone. Unless you count the vultures, but they were far more sensible and gifted than I and had joined me at 4000ft to show me the way through the inversion. This was just one of the highlights of a 5 day flying trip to Algodonales to test the new Helios RS from Swing. I had flown it once in France at Puy de Dome in a very srtong westerly having picked it up from the Swing team at their stand in St Hiliare, and it behaved very well - even when landing behind the hill in turbulence. Then there had been the obligatory flights in the UK but mainly in ridge lift where it behaved exceptionally well, especially with the windy take offs though I needed to know what it was like in thermals, both strong and weak. So the decision was made, the flights booked and with two friends in tow, Algodonales and a five day weather window was the result. 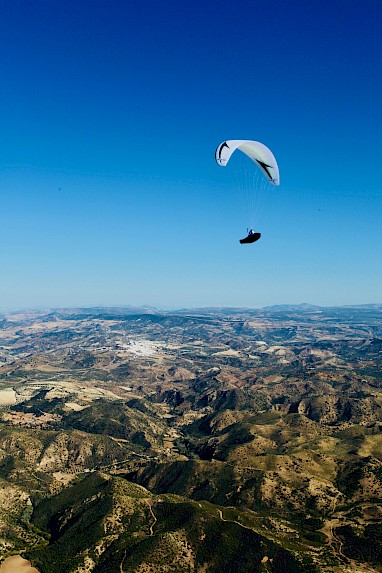 In its bag it is noticeably lighter, but it was the pack volume that got my attention. I flew the large at 112KG (Large 100-117kg) which weighs in at a very respectable 4.4Kg, so its 1.3kg lighter than both the Nyos and the Agera in my size. Weight has been trimmed in all areas, the upper and lower sails are of the same material and has the now standard Nitinol rods in the leading edge that come in all Swing wings. The structure of the wing has been made up using the RAST system and diagonal internal rib tapes, giving the wing more stability and Swing are confident that this will help to prevent the wing 'bagging' out like a lot of lightweight wings. It has an Aspect ratio of 6.1 compared to 6.3 for the Agera and 5.7 for the Nyos.

The Helios RS is a joy to ground handle and launch, be it light conditions or strong. The RAST system helps to stop it overflying in strong winds while also not hindering in light. Once in the air this wing gives you plenty of feedback, it feels different to all the other RAST wings I have flown. Handling is sharp and responsive, thermalling is very natural and if you wish you can really crank this wing in to the core, it seems to do just what you want, when you want. Brake pressure is moderate and you get good transference through them. Due to the lightweight nature of the wing and hence less mass, it seems to give you lots more useful feedback, something I really enjoyed and found very useful for sniffing out those weak cores. I flew in both strong and weak thermals and never lost out to any other gliders, it stays right up there and when you get to the top of the thermal and things get a lot lighter, it keeps going. 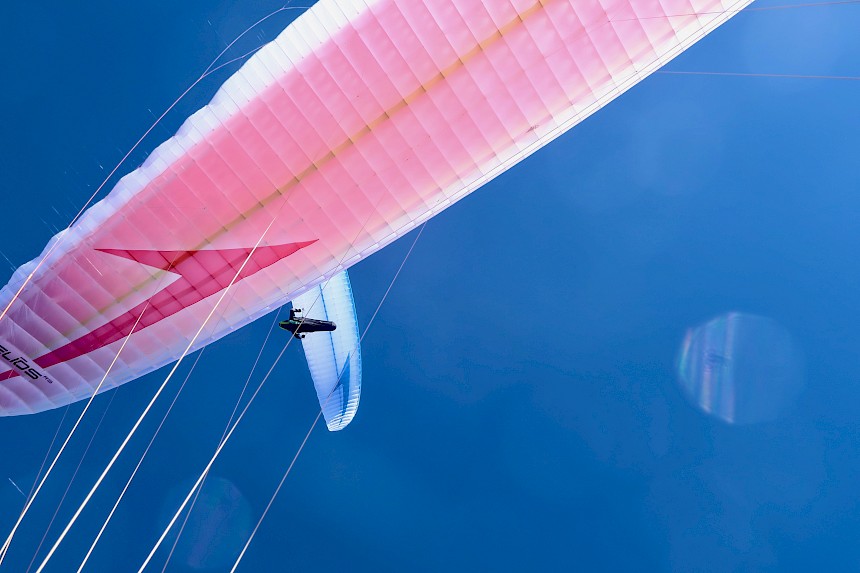 At trim this wing is just a km or two off the Agera. The bar is one of the easier ones I have used and on half bar it feels very stable and the glide doesnt seem to suffer. Full bar gives a little bit more resistance but not a huge amount, and again the glide doesn't seem to suffer hugely but I did feel there wasn't a massive gain between half and full bar in terms of speed. There is a new C type bridge that links the C and B risers, and it only becomes available once you have speed bar on. This allows for more efficient control while on speed bar. Big ears on this wing are very easy to apply and work really well, generally popping out on their own once released.

During the trip I had a couple of small assymetrics and one of my colleauges had a full frontal, but all came out with the characteristic speed and efficiency that seems to be the RAST trademark. It is extremley stable and comfortable in rough air and felt very B like in its demeanour.

In summary, this wing is what I would call a pilots wing, an instrument to love and cherish. A real joy to fly, with great agility but with incredible passive safety. It floats, and if you live in the UK you need a floaty wing. It is the wing I would happily take to Bir, and it is also the perfect wing for a holiday trip to Algodonales or wherever your destination is. It is the wing for vol biv and flying XC, and it is the wing to use if you just want to shed weight when you're out flying locally. This wing does exactly what it says on the tin. As one of my colleagues put it; "The Helios is an easy wing to love".