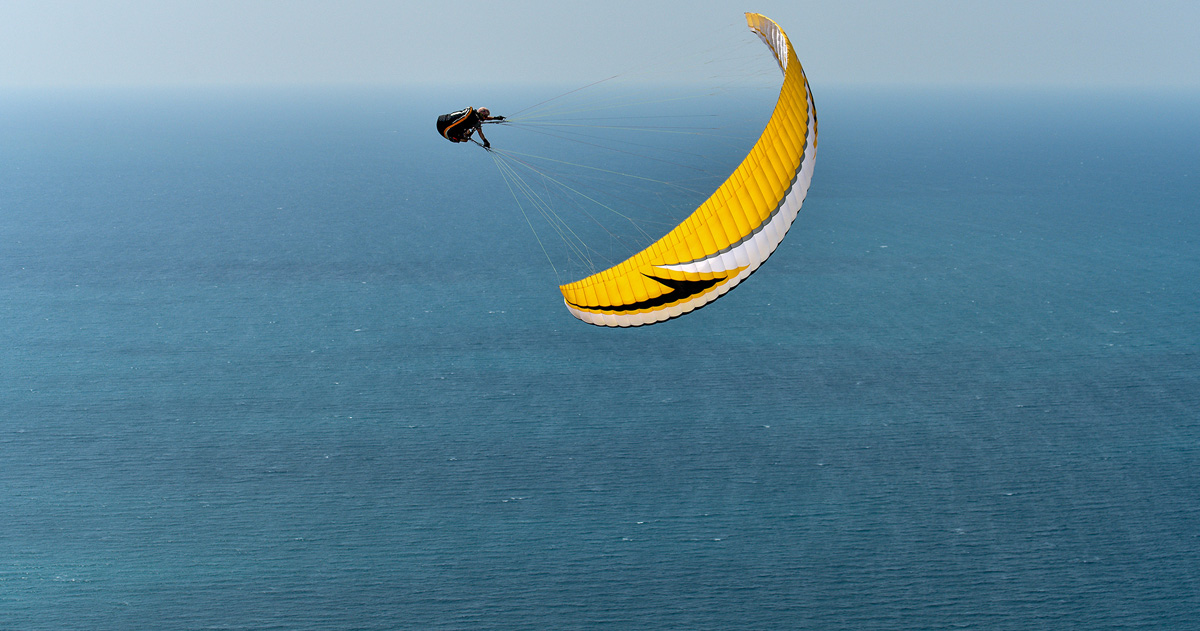 The Escape reserve by Swing is a reserve with a very rapid opening time, unequalled low sink rate, and high level of pendulum stability which will put your mind at ease, even in the case of an emergency.

SWING’s new ESCAPE series uses an innovative new valve system. For the first time this has made it possible to combine the advantages of the tried and tested double canopy (characteristics of which are a high level of opening safety, pendulum stability and a rapid opening time) with the advantages of a ‘traditionally’ designed reserve (easy to pack).

The principle of the double canopy has been used; when the reserve opens, a total of 8 vent flaps ensure additional airflow into the reserve from the centre. This has the effect of reducing the opening time considerably while also improving opening safety. It differs from the standard double canopy design in closing the vent flaps after inflation. This, combined with an optimised design, leads to greater efficiency. Another advantage of the vent flaps is that they allow an additional airflow into the canopy, helping to balance any competing airstreams, which can counter possible pendulum motion.

Utalisation of a special zero-porosity canopy material further assists opening behaviour and efficiency, meaning that the same sink rates can be achieved while reducing the material used . This in turn has a positive effect on both pack size and weight. The best example of this is the Escape M which, with a maximum load of 105kg, weighs just 1.05kg - meaning it is one of the lightest reserves with LTF certification available, or even the lightest!

Use of rubber tabs within the internal container is a further safety measure. The suspension lines are attached to these, allowing the reserve lines to tighten in a controlled manner when deployed. This makes it practically impossible for the lines to get crossed. The colour scheme for the reserve chute and the internal container in a bright orange complete the well thought-out design.

The ESCAPE with its extremely low weight and pack size, combined with very good descent rates, suggest that it is destined for use in convertible harnesses and /or lightweight harnesses such as the Connect Reverse, or as a second reserve – in a separate front container, or in the integrated front container of the Connect Race. The medium size, with it's incredibly low weight and small pack size also makes it particularly favourable for mini-wing pilots.